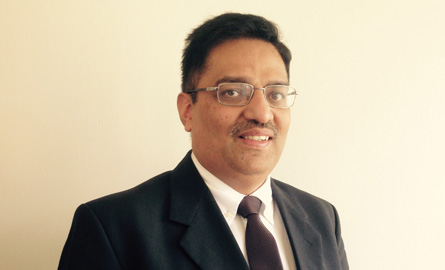 KOLKATA: Operations have recommenced at Hindustan Copper’s Surda copper mine in Jharkhand after a gap of over nine months, the Australian mine operator, India Resources Limited (IRL) has said. This follows discussions between all the stakeholders including, the state owned Hindustan Copper Limited (HCL), employees, creditors, Axis Bank and local authorities.
Hindustan Copper Limited (HCL) has been operating its Surda mines by outsourcing the work to IRL since 2007. However, last year, operations cam to a halt, following a state clampdown on mines operating with leases on deemed extension basis.”Initial production has exceeded expectations with 850 tonnes per day of ore being hoisted. We now anticipate production will normalise earlier than expected,” India Resources’ managing director Arvind Misra said.

“In accordance with recommencement planning, HCL has now paid Rs 25 million or A$0.5 million as foreshadowed in the previous announcement made on May 21, 2015,” IRL said in a notice to the Australian Stock Exchange.

The revival of operations at Surda one of HCL’s productive copper mines is likely to boost HCL’s profitability in the remaining three quarters of FY 16. With closure of the mines since September 2014, HCL’s net plunged 76% to Rs 68 crore in 2014-15 from Rs 286 crore in 2013-14.

Based in Perth, IRL had made an investment of around Rs 75 crore to re-commission and develop the mine in last seven years and was able to increase production by 60% from when HCL worked the mine.

However, it was forced to shut down following the state government clampdown on mines operating with leases on deemed extension basis, last year. Consequently, the mines were closed since September 8, 2014 due to non-renewal of mining lease. The Jharkhand order, which followed the Centre’s July 18, 2015 directive asking states to clamp down on mines operating under second or third deemed renewals, affected a large number of mines including 12 out of the state’s 17 operational iron ore mines, including those of Steel Authority of Indian Limited (SAIL) and Tata Steel. In February 2015, HCL obtained the renewal of the Surda mining lease. However, the reopening of the mine was further delayed due to ongoing negotiations between IRL and HCL regarding non payment of dues.